CouchSurfing, ever the best way to go discover a new place. You get right to the point within a few hours of meeting your host. I didn't see much yet, but knowing a bit how it works down here in SA (South Africa), I feel quite good while recognizing things that are the same around Namibia and in Cape Town.
Robert fetched me at the airport. His heavy Afrikaans accent in English takes me some time to get accustomed to. His first wife passed away, and he's now been married to Laurentia for 4 or 5 years.

Robert works for a geologist study. They are looking for whatever the earth can give them, be it platinum, gold, diamonds and so on. 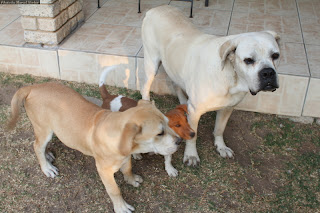 In the evening I then met Laurentia. She's a ever smiling woman and a highly enjoyable person. Being coloured is not always easy in SA, especially if you marry a white person. It's not easy for either part. In Laurentia and Robert's case, Robert told me some of his brothers don't talk to him since he decided to get married to Laurentia.

Laurentia would love to travel to Europe and other places. She's been to New York so far (maybe to some other places too, but I can't remember). She likes getting to know new cultures and enjoys watching a nice scenery. She seems awed by the Alps that run across several countries in Europe. I showed her my pictures of different hikes i took in different parts of the Alps in Switzerland, showed her pictures of France, landscapes and ancient towns and cities. She loves the old architecture and the general aspect of towns and cities in Europe.
established by chmger at 11:05