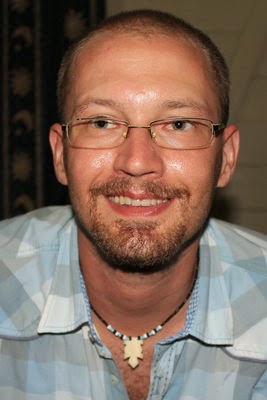 My name is Marcel and I'm Swiss. I was born in 1981, and fluently speak 3 or 4 languages (French, Swiss German, German and English).

The first time I went away for an "extended" period of time was in 2010. Understand that I've never left Switzerland for more than a month at a time. And it was for holidays. So in 2010 I left Switzerland for a 3 months adventure travel across Madagascar and mostly Namibia. You will find posts about this in this blog, so I will not elaborate more here. After that, I resumed my job as an IT systems engineer.

It was hard to be back in the cold and back to a "normal" life. I actually resented it, and was looking for some opportunity to fall out again. But nothing turned up, so I just continued working, refurnishing my bank account.

Finally, after working for 7 years as an IT systems engineer for a national-wide company, I decided it was enough to constantly do the rise-work-home-food-sleep pattern. I decided to go travelling, and do some more diving. But the best way to go diving, is not buying a dive package, because that costs a lot of money. So I enrolled in a diving course in Mozambique. Why Mozambique? Because Ben, a friend of mine, told me he knows someone there, and it helped organize a bit. I spent 5 months in Mozambique from Sept. '12 to February '13 doing my Divemaster and diving a lot. I finished at the end of January and after that had to make a visa run (also documented in this blog). After that, Aline and Véronique friends with Fred Klee joined me in Mozambique for a week of intensive diving.

Then ensued a trip throughout South Eastern African countries, namely South Africa, Zimbabwe, Zambia, Malawi and Tanzania. Until I got news that I could be working for Paléo Festival as a volunteer for the first time. So I booked a ticket home and was actually quite happy to see my family and friends again.

The next step was to refurnish the bank account again. Which I did with a 6 month temporary job. Then I left for Costa Rica, to do my scuba diving instructor course.