The Philippine Islands - part I

What about the Philippines? Not much to say, except that it's a great country, with great people (is it me, or do I say that about almost any country I visit?).

Despite planning the trip in the wrong season due to heavy rains, we had a blast. Being low season as well as rainy season, we could negotiate good deals for transport and accommodation.

Our plan was very simple: we had none.

I met Camembert in Abu Dhabi, where he flew in from Paris so we could take the flight to Manila together. In Manila we took a taxi to Adriatico street in Malate, which kind of is the tourist bars and clubs street. There we met with Caribou in our accommodation for two nights. We presented him with a gift we found in Abu Dhabi: a big lollipop. 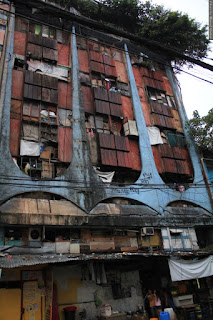 The following day we visited Manila's best and booked tickets to Bohol island in the Visayas. In the evening, we saw there's a free concert in the park, which we attended to.

Once in Tagbilaran, on Bohol, on a sunny day, we walked into town from the small airport. It was about one or two kilometres away. We walked around and asked some people in a tea room if they knew about accommodation. We were redirected to some nice place called Nisa where our big lollipop impressed the ladies of the hotel. Unfortunately, the pics with the lollipop got lost when I broke my phone back home.
In Tagbilaran we rented scooters, one for each of us, for two days. The plan was to visit the Tarsier Conservation centre and the Chocolate Hills. The rest was open for whatever else we would find out about on the way. We went all the way to the Tarsier Sanctuary in Corella without rain. We visited the sanctuary of the small little creatures. They're nocturnal animals of about 10-15 cm long and a thin tail longer than that. 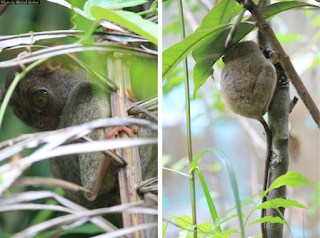 Until the man-made forest, we didn't have rain. The man-made forest is a forest that has been replanted because of the massive deforestation in the last century. It's composed of tall slim trees and has an eerie feeling to it when you drive through on scooters while the rain is pouring down in bucket loads. Finally, we just spent one day and the next morning to drive back and left for Cebu.

In Cebu we stayed for two nights because we wanted to take advantage of the last city on our way through the Philippines. After that, we were going out of the way of cities. We went out one night, during which Caribou took about five minutes to talk a girl into following him. The rest of the time we spent visiting the old Spanish parts of town. 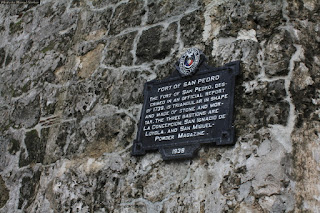 Our second flight took a little bit longer than the first's one hour. From Cebu we flew across the to the west side of the Philippines. Because of the heavy rains that could last days without stopping, we looked into the weather system and saw that the Visayas had an average of 400mm of daily rain in September, whereas Palawan only had about 200mm. Obviously it rained when we landed in Puerto Princesa. 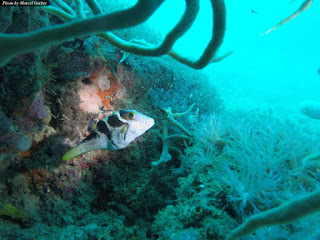