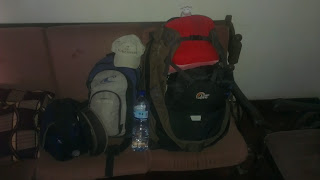 After seeing my luggage all together, I once again decided it was really too big, and that I should probably loose some objects. I don't seem to have that many things when it's out of the bags, but once packed it just seems that the seams of the bags will let go.

I took the Intercape bus with 2 isreali girls who came in to Base Backpackers yesterday evening and Sean, the American from San Fransisco. The isreali girls were doing some diving in Tofo with us, and it was funny to see them again in Maputo. We then met Miguel, a guy from Portugal travelling in Southern Africa. 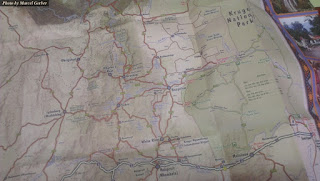 With Sean and Miguel we ended up in Old Vic Travellers Inn, which is a little paradise located in the outskirts of Nelspruit. The drive down here was pretty uneventful, except for the fact that we almost left late. Our bus has been used to replace the broken down coach from Johannesburg, which broke down in Matola, close to Maputo. So we were lucky, instead of the hour or so late which was predicted, we were only about 30 minutes late on the departure. Arriving in Nelspruit, Sean told us he wanted to check out the tours Old Vic Travellers Inn. So Sean, Miguel and me took a cab there. 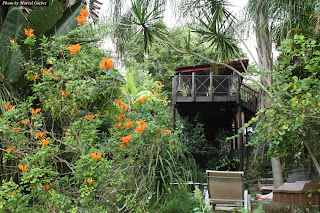 We got here and Dave the owner just came out of his car and welcomed us in his guesthouse. We enjoyed the pool and drank a few beers. After which I took a few pictures of the place. Dave welcomed my idea of giving him the pictures, so I took some more and he payed me back with a beer.

Tomorrow I will have a lift to Hoedspruit in the early afternoon. From there I'll be taken over by Nelri and her mom Katryn. Nelri did the Open Water course with us at Tofo Scuba in December. Katryn joined Nelri for a few dives. I was assisting Willem who was teaching the group, and so got offered an invitation to come and visit the ladies on their farm close to Hoedspruit.
established by chmger at 18:05