When I got here I met this guy called Abdul. He's a friendly type and seemd to be involved in quite a few local projects. His neat rasta haircut is well kept and he looks very decent in all aspects. Some time later I learned that he helps people out with their visa situation. 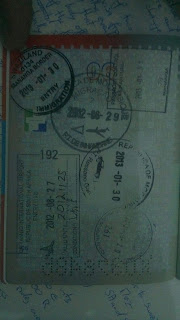 The visa system for tourists is so that you can get a single entry 30 days visa which you then can extend, or a 90 days multiple entry visa. Arriving here, I had to replace my 90 days multiple entry visa made in Geneva by a new single entry visa because they said it had been falsified (someone had really scratched a number and I suspect it's the Mozambican embassy in Geneva in trying to correct their mistake). With the multiple entry visa you can only stay 30 days at a time in the country, and then you have to leave and get back in again. With the single entry visa, you can go to the immigration office to extend it. But this only works twice. After that you have to go out of the country. If you use this method you will have more difficulty in getting a new visa at the border, and may have to go to a Mozambican embassy in one of the neighbouring countries.


This explained, I can now tell you the story of how i lost and recovered my passport and got a new visa. Yes, you now know the story ends well before reading it. But hey, it's the mission that counts, not the end result.

So Abdul said he would help me out and make me some kind of a consultant visa for the diving which would be valid for 3 months. When he failed to return my passport after a week, he said he needed mts 800 more. I already had given him mts 8'000 for the deal. I told him I would pay him more when I get my passport back. Day after day and then week after week he would say I would get it back soon, and not to worry. He said he'd never disappointed a customer. He was always promising something and he could never be persuaded to hand over the passport. He invented many excuses including having trouble finding a border where they make handwritten visas (without picture). I started having serious doubts about the whole thing. He eventually told me he had stamped my passport out to South Africa, so I shouldn't be worried of being late for getting out of Mozambique. He would stamp the passport back in shortly. We saw Christmas and new year pass without any indication of the whereabouts of my passport. 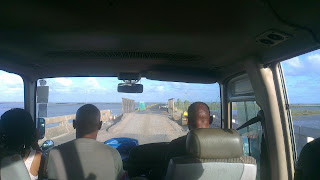 In January I heard Abdul had been caught stealing mobile phones and cameras from customers of the place where he was staying in Tofo. As he couldn't stay any longer in Tofo, he moved to Maputo, which didn't make it easier to convince him to hand over my passport. I had let the thing go way too far out of hand. That was my biggest mistake after having given my passport and money to a complete stranger (how dumb can one be when one wants to believe in something).

I began to become more insistent by calling him every day once or twice. Everytime he told me I would get it the next day. At some point it was supposedly already at the airport in Inhambane, but then it never reached Tofo. He did this for about two more weeks. Then he said he'd hand it over to a DJ working for Dino's who would then bring it to me. After asking twice, he finally gave me the guy's number so I could arrange a pickup with him. I called him, but as his english is very bad and my portuguese non-existent, we didn't understand each other. So I asked Gizela to call him. The first time she called him he confirmed he was going to get passports from Abdul, and the second time he said Abdul hadn't given him any passport.