A wedding (or two) in India

What I kept repeating to local people, is that I was quite astonished that India was not at all like I expected it to be. And people told me that they knew the world had a bad image of India. After seeing movies like Slumdog Millionaire and hearing a lot about the overwhelming poverty in India, I arrived there positively surprised.


Obviously, poverty in India remains present, as in many other parts of the world, but it's not worse than in other Asian countries, and I would say, a lot better than most African countries. India's economy is not too bad off, I think and people are willing to work.

So back to the trip now.


At first the trip around Rajasthan was all about visiting a lot of historic monuments and not at all about meeting people. But you know me, I managed to meet some interesting fellows anyway. Don't ask me about the hundreds of monuments, I don't quite recall which belongs where.


So I met the local gems mafia bosses of Jaipur, who are international gems dealers who travel a lot to Europe, Dubai and other places. Everyone has a particular country in which he acts. They stopped me because I looked like a friend of theirs, so I ended up drinking chai with them on the side of the road. Originally, I was looking for a festival that was already finished... 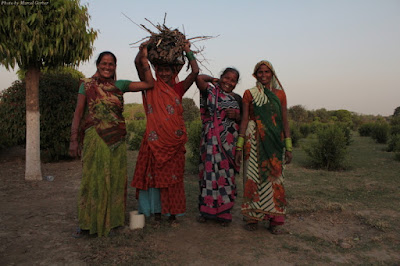 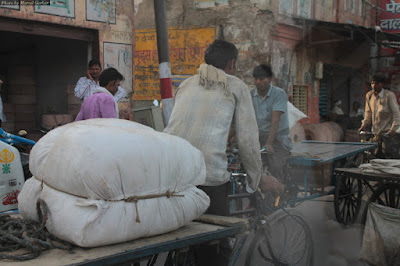 In Udaipur, I met Lokesh and his family. Lokesh is a miniature painting artist. Mostly he copies paintings over and over again because people ask for these particular paintings. But I also found some different paintings, some of which I bought. If you want to buy some, feel free to ask me, I can put you in touch. And also, Lokesh now has a Paypal account for overseas payments.

On the first evening, I was strolling back to the hotel, when I met Lokesh's mother. She yelled for his son to come and meet me (in Hindi I guess). After showing me his paintings, he invited me to my first Indian wedding the following evening, and to a late dinner the same evening. That's when I first met his wife and his daughter Sakshi. I ended up spending two days with the family. 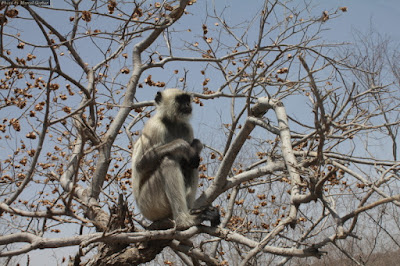 At the wedding in Udaipur, we basically went out to eat, and came back after we finished. On the second evening, it was said there were around 5'000 attendees.

Back in Delhi after a horrendous 14 hours bus drive (including 3 or 4 hours of waiting), I found my hotel where they were astonished that my next stop was the Piccadilly hotel in Janakpuri.

The first night was spent at Tanvi's parents appartment where the men drank whiskey while the ladies got a lot of henna applied to their arms and legs.


On the following day, the whole family and many guests moved to the Piccadilly hotel. In the evening there was a reception in one of the smaller halls. There was lots of food, animation and the gift ceremony. Tanvi's family offered many gifts to Venkatesh's family (that's the part I remember).

On the third night it got more interesting. Being one of 4 people in traditional gown, I was the center of attention during the procession. The procession, was all about Venkatesh sitting on a horse with a band of musicians and dancers playing in front of him. Dancers included the guests and the official hired dancer ladies. For some obscure reason, many of the guests really enjoyed my dance style.

After this, we all went to the big reception hall, where all the guests (including many newly arrived) went in to have dinner. We danced a bit more and had some food. Then some friends went upstairs to have a beer or two in the rooms. There was no alcohol at any of the wedding ceremonies.

In Kovalam I met this French dude Damien with whom I travelled a bit. We met a bunch of nice fellows in Fort Kochi, with whom with went to the cinema the first evening. That was quite a story. The guys didn't know how to book tickets on Internet and we went pretty late. As it was the first night the movie was showing, most cinemas were full. We drove across Ernakulam like crazies. In the end we found some spot in a faraway cinema. The movie was not a great movie, but it was fun to watch a Hindi movie in Hindi in a mostly non-Hindi community. Not too many people in Kerala speak fluent Hindi. They speak Malayalam.

Apart from that, the trip was pretty relaxed and uneventful.

Despite people's advice, I managed to take the train without booking three and a half year in advance.


Incredible India it is.