This article is more about the discoveries and the people met during the trip. Less about the trains.

I have met plenty of people during my trip through the Balkans, and back through Romania and Hungary. The first on the train to Zagreb. A couple of young students from Germany, a guy from Slovenia working for World Heritage or something similar, and a couple of Swiss German of whom the girl worked for the same kind of organisation in Switzerland.

A few days before the trip, I made a couple of CouchSurfing requests for Zagreb, my first planned stop. They got rejected. The third was the right one. Matej answered positively. We met after I walked around the historical centre of Zagreb, and we walked again, after having spent some time in a quiet bar to wait for the rain to pass. After that, we made the trip to his home, which is a small town, still part of Zagreb, but about an hour away from it. There, I met his brother, who spoke a little English, and his two parents, who spoke very little English. But we managed to communicate through Matej who translated quite a lot.


It so happened that Antun, the brother, not only made the trip to Vladivostok on his motorbike, but on the same model of motorbike that I have too. I don't think I would dare cross Siberia on it though. I probably wouldn't dare cross Siberia at all on any kind of vehicle slower than a supersonic car. He offered me to ride his bike and we went of the next morning, for a tour of the countryside.

From there, my next stop ended up being Belgrade. Quite obvious you might say, if I'm on a two weeks consecutive multiple country global pass. Yeah. Well. I looked into different possibilities, but they all ended up to naught. So Belgrade it was. Things were partly written out in Cyrillic in Serbia. The morning train took us into Belgrade by sunset. In Belgrade, I met with another CouchSurfer, Nemanja, with whom I planned to stay a couple of nights. After a CS meeting and a plan to check out the Friday night party on the boat club Shlep, it transformed into four nights. There was a temporary medieval torture exhibition at the fortress, which I visited. Quite similar to the one we visited in Bratislava with Charles in 2016. Tesla museum, a temple and lots of kilometres later, there I go again.

Instead of going further south, after my 2 extra days in Belgrade, I went straight to Sofia. I wanted to go through Macedonia to Thessaloniki in Greece for a quick dip in the Aegian sea, but that plan also dropped out. I already had to plan my way back, as I wanted to be in Switzerland in the morning of the 21st. The train ride to Sofia was the one that took over twelve (12) hours for the 400 kilometres. Some nice views that didn't seem to pass along passed along real slow. In Sofia, with two other backpackers, we took a cab. We were advised, from the hostel's website, not to take cabs directly in front of the train station. After asking the price for one, we found a guy who agreed to take us on the meter. Big mistake. When we realized the meter was rigged, and it ended up being ten to fifteen times the normal price, it was too late. 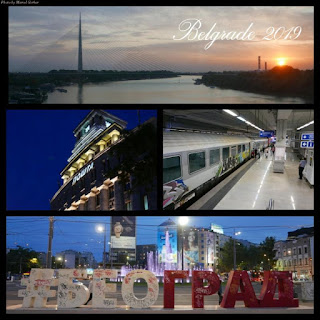 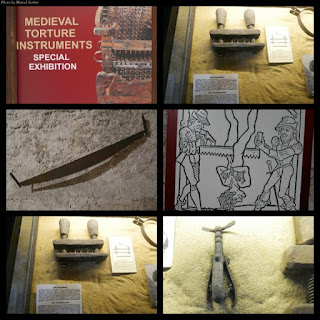 In Sofia, I walked plenty also, and visited some main attractions, including a couple of bookstore, from which I bought some SF. It's also there, that I saw the most beautiful girl I have ever seen. It's pointless to show you a picture. The reasons why I found her so amazing were multiple. First she was really beautiful. Second she smiled a lot, and was genuinely happy to explain all kind of stuff to me. She opened a bio/vegeterian lunch store with her brother, where you can mainly eat salad. Salad as salad, or in wraps, or in other forms. Some homemade desserts and a range of other products were also for sale. She made a deep impression on me. And when I left a review on her facebook page, she replied personally.

Well then, Sofia. Last unknown country. After that, it was to be about a full day of trains ride. I left at nine in the morning, stepped out of the train at six in the evening to take the next at midnight and something until I arrived in Simeria the next morning around eight. In Simeria, I took a shower, and took another train to Budapest that we reached a little before sunset (around five or six). That's the ride where I thought I had booked a sleeping cot, but ended up in the seats. I was able to sleep some lying down compressed on two seats.

I liked Budapest, which I visited in 2016 with Charles. But I wanted to check out Vienna, which I have never been to yet. But I should have booked earlier. When I finally was ready to commit, there was nothing left to book. So I stayed two nights in Buda and changed plans yet again. Budapest, like I said, I enjoyed a lot. Even more so when the sun is bright and there is no fog, and the weather is mild to warm. Warm during the day, and chilly in the mornings and evenings. I visited Rudas baths, which are my favourite, especially the old part. I also visited the market hall where I bought lots of dried sausages to bring home. The rest of the time was spent, eating, reading, partying and generally chilling.

When I wanted to book the night train to Zürich, I spent quite a bit of time looking at a frown faced lady from the train booking counter. She was frown faced a lot, because everything she tried ended up being bad for me: no seat available on the night train. The best she could do in the end, was to book me a seat from Salzburg to Zürich. I was to ride there standing on the platform of the train. What I did though, was leave Budapest two hours earlier, on a modern Austrian train. It was not very busy and very comfortable. I then spent three hours in Salzburg eating and having a beer with some folks from A&O hostel. The Macedonian girl was quite interesting and funny. On reaching the train, I was advised to take any seat in any of the compartments, and ended up finding an empty one. A Polish backpacker joined me and we had the six seats to us. We put them flat and slept there. It wasn't as bad as I expected. On reaching Zürich, I had to check how to get to Brunnen and back home without paying too much. I wanted to reach home with my Interrail pass. The SBB lady sold me a ticket to Brunnen and wrote me a word on a card, that I could go home from Brunnen using my pass.

These two weeks, full of train rides and other events, were a little stressful. But I also enjoyed them thoroughly. I walked about 225 kilometres in total. My left knee started to get weak (from carrying the heavier bag full of sausages). Without it, it was alright. I would definitely not take a two weeks consecutive global pass again. I would rather travel in one or two countries, and visit more locally.
established by chmger at 21:06