Interrail in the Balkans

This time, I thought, let's try something new. 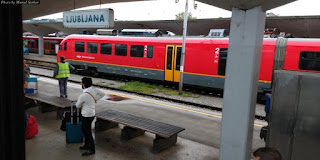 So after quite a lot of evaluating and contradicting, I finally gave in and bought an Interrail Global Pass for two weeks consecutive. This means, I could ride trains every day using all the Interrail member companies for two weeks. There are plenty of different types of passes: single country, multiple days in a definite time span, etc. The most common thing they have, is that they are not valid in your country of residence, except for going out and coming back in once (only for some passes). I chose a global pass because I wanted to cover multiple countries and wanted to cover the way out of and back into Switzerland. 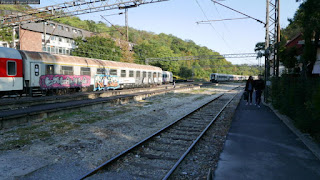 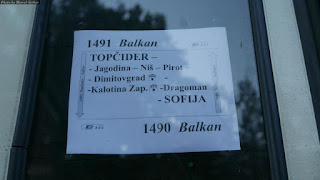 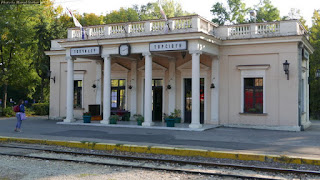 One global rule that seems to apply to train travels outside of Switzerland, is that the further east and south you go, the slower the trains get. But don't take my word for it, it's just a rule of thumb. The trains in Bulgaria were actually faster than the ones in Serbia.

Taking a global pass to the Balkans was maybe not the best of ideas. Here are some reasons why not: 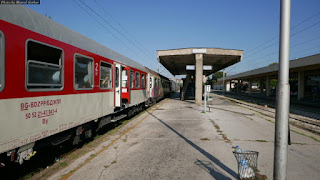 It's OK if you like spending most of your days in trains and you stop in cities on the lines. Generally speaking, I wasn't keen on taking buses, that would have defeated the purpose of the trip. I could have taken a train to Split, then a bus to Dubrovnik and Bar and taken another train to Serbia. But in the end I chose a different approach.

The best plans are the ones that can be changed.

The only thing I had planned was to take the night train from Zürich to Zagreb. This allowed me to go forward quite a bit for the first leg. I looked up CouchSurfing hosts during the train ride. I discussed possibilities for the next leg with my hosts, and ended up taking the most simple step ahead: going to Belgrade in Serbia.

In Serbia. I met another CouchSurfing host with whom we planned to go to a party on a boat on Friday night. This meant extending my stay in Belgrade from 2 nights to 4 nights.

I had a plan to go to Thessaloniki through Macedonia, but there, two main reasons stopped me from doing that in the end:
In the end, I went straight to Sofia. That ride took over 12 hours instead of over 10 hours.

The main problem with going by train, is that at some point quite early into the trip, one should start thinking about the way back. Depending on the choice (train for sure) it would be slow or slower. Even when the trip back was to be through countries which are better equipped, the distance to cover will still take a few days. The point, obviously, is not to ride train for four days condensed in the last four days. That would defeat the whole purpose of the trip.

That being said, in the second third of the trip, I "sped" through Romania to Budapest. I stopped for a few hours in Videle (instead going all the way to Bucharest, city I have visited only just last year). In Simeria, I thought I might stop for a day or two, as it looked mountainous on Google Maps. In fact, once there, I realized the mountains were quite far behind, and that the only good things Simeria had to offer, was a hot shower for BGN 50 and some sausages and bakery food. 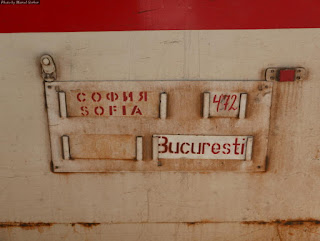 I planned to visit Vienna, where I have never been before. This only to realize, that booking a place two days ago was not possible anymore. Couchsurfers who could host were scarce when not even impossible to find. That's why I stayed in Budapest for two nights. A place I quite enjoy staying in.

There again, think of preparing it better than average if you have to be somewhere the following day. While travelling without much thought might be nice and enjoyable if you can adapt your plans, it might not be the case when you have to take a certain train, whatever the conditions. When I went to book a night train from Budapest to Zürich for Friday night, I was only able to secure a seat from Salzburg.

This said, I took an earlier train to Salzburg which was awesome and really comfortable. Austrian trains and train stations are much better equipped with modern equipment and proper information (about delays, destination and so on) than Swiss trains. At the train stations everything useful is already in sight on every blue sign which indicates the locality's name. There are signals pointing to the bus, toilets, stairs, exit, and so on. 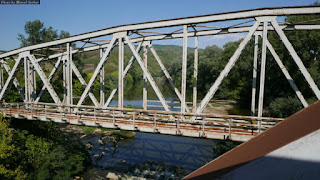 Would I do it again ? No, not this way for sure.

Yes I had some memorable times with people I've met on and out of the trains, saw some really nice views from the trains, and spent quite some quiet time looking out of the window, reading and even sleeping in trains.

But going with a consecutive two weeks pass is awfully stressing if you want to make full use of it. Meaning go through several countries. Meaning you will not have the time to see a lot in each country.