In the middle of the twentieth century, the Vietnamese local people (literally viet congs) started building a subterranean tunnel system. Its total length is of about 250 km. The tunnels were built for protection during wartime. They comprise access to open air, narrow tunnels, rooms of different sizes and uses like hospital, meeting, kitchen and so on. They continued building these tunnels throughout the Vietnamese war. The dirt and clay taken out of the tunnels were put into rivers and lakes and also to build ventilation points in form of termite hills. They would also use the clay for foundation for houses and cellars. 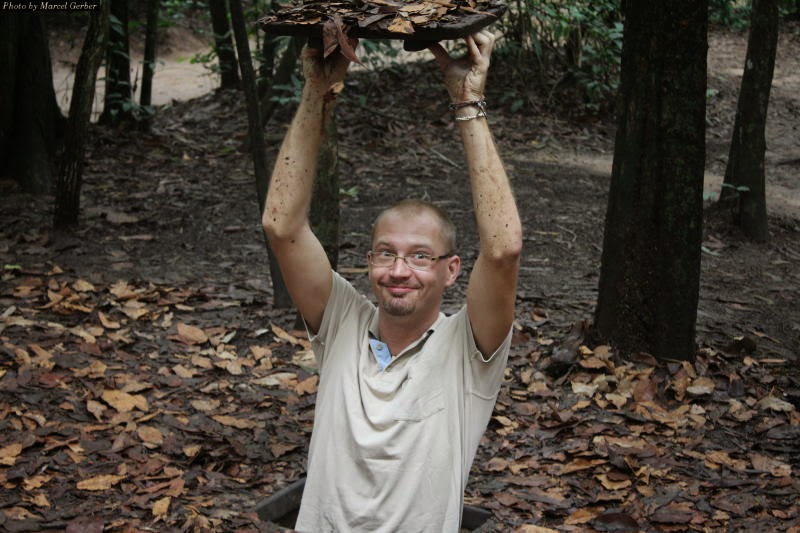 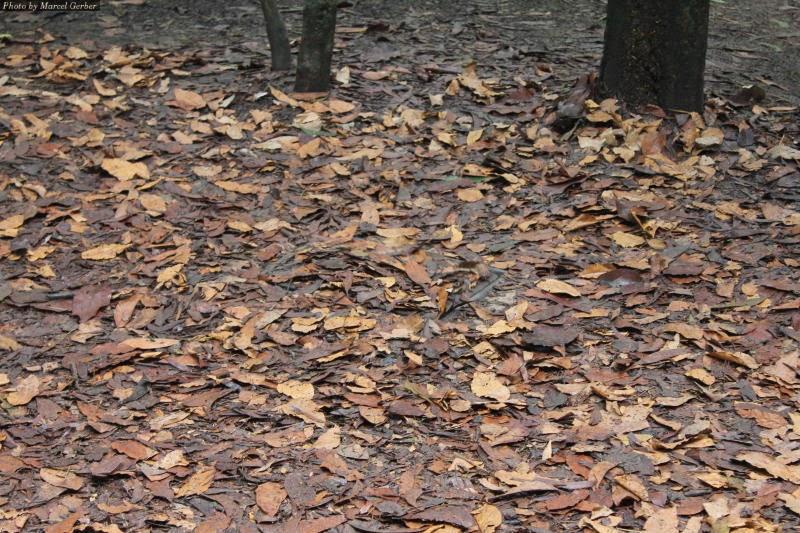 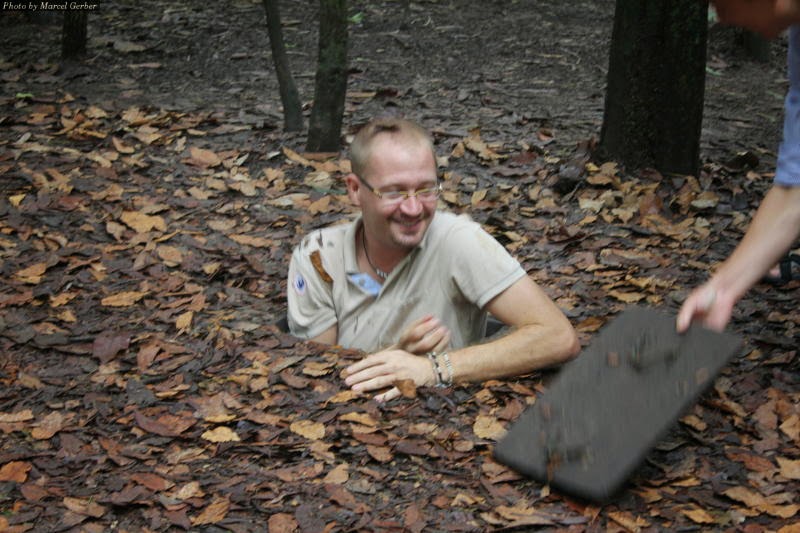 The tunnels are so narrow, that mostly only Asian people can venture in without problems. The US army had hired North Korean, Thai and Cambodian people to go kill Vietcongs in the tunnels. But the tunnels were booby trapped with a variety of foot traps and other devices using poisoned metal spikes. The poison used comes from the Cu Chi tree that grows in abundance in that region, the town being thus renamed to Cu Chi later on. The people could live in the tunnel system, coming out at night time for oxygen and generally fresh air. 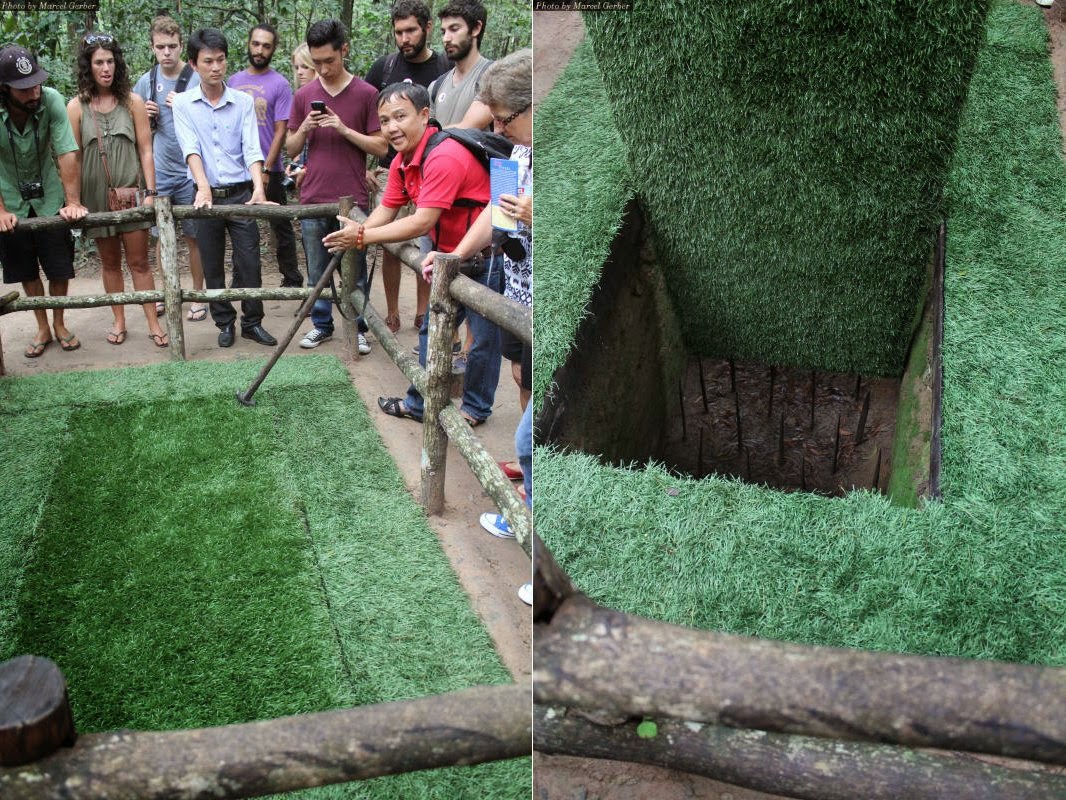 For the sake of big tourists, the tunnel system that is open to visitors today, has been rebuilt. There are only a few possibilities, lights and every tunnel goes to an exit point. But it can still be scary if you are subject to claustrophobia. The light is dim and the tunnel is very narrow with a low ceiling. The second level is about 120 cm high.


When the US army had to clear some tunnels, they bulldozed the whole area and declared it a strike-zone. That would mean anything that would move in there would be shot without questions and that bombing was imminent. But the tunnels resist to bombs, and those who don't are mostly the access parts of the tunnels. The clay hardens when it dries out in the dry season and becomes like concrete. The access parts that would break down were simply rebuilt. Floods (natural or man induced) were also calculated in. The entrance accesses would be so that water would flow down towards a river out of the tunnel system.

I visited Cu Chi with Nam, Phuong and Hang. We all shot some AK47 and M16 rounds at the shooting range and followed our funny tour guide Duk.