So I didn't follow it all exactly. I was kind of still half asleep. No wonder after having slept only 3 hours. We had a nice time last night with Mirjam who joined me in Vietnam. I met Mirjam in Sihanoukville, Cambodia, where she had long term plans that didn't work out. A little like mine. In short I recommended Speak-Easy Cafe Homestay to her and her brother and her friend when they reached Bangkok. They went there and later I also went there. Mirjam had moved on, but had stayed in touch with the owners, Niddy and Aaron. As she was also going to Vietnam, we decided to join forces.

Anyway, that's not the point of this story.

So I didn't exactly listen to everything, but grosso-modo it goes like this.

The coconuts are split open on this pike. The bark will also be reused as fuel for fires. 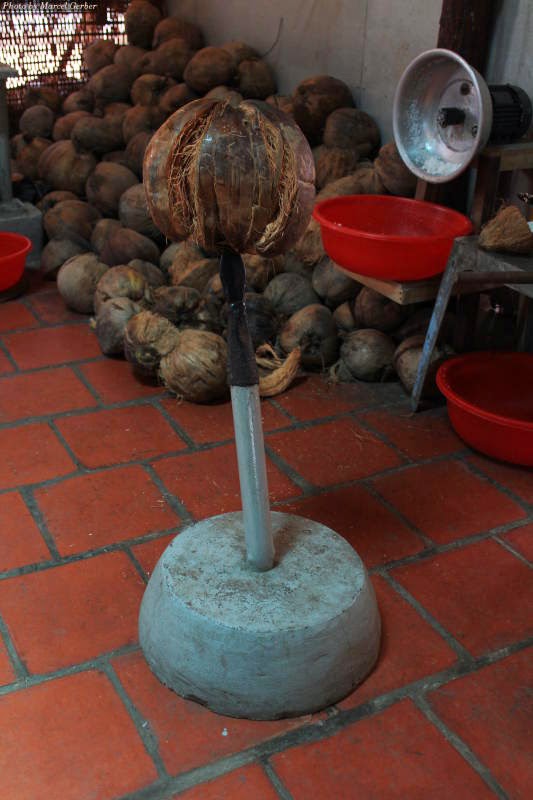 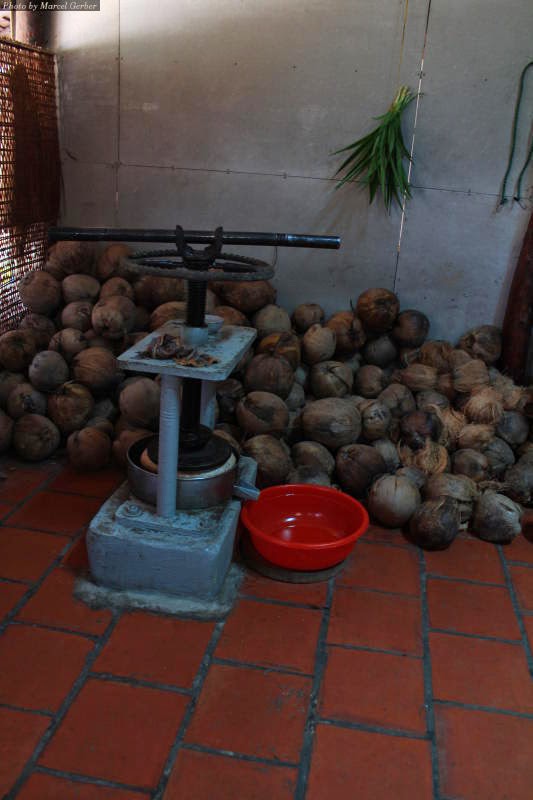 The coconut juice gets cooked between 45 minutes and 1 hour with other ingredients. 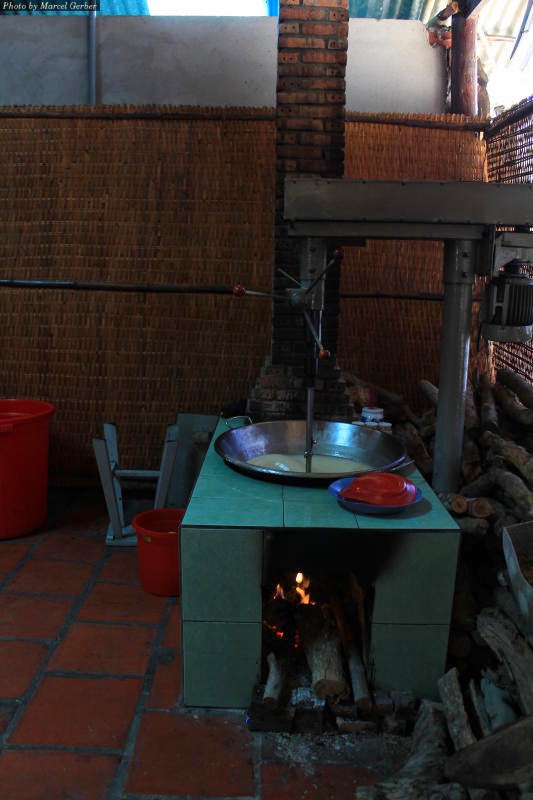 At some point they probably dry. 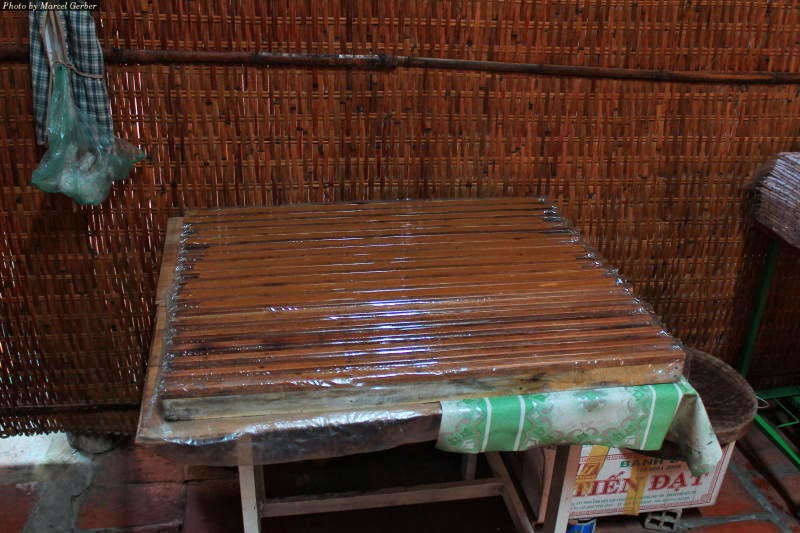 When they're all dried out (not really) they get cut up. 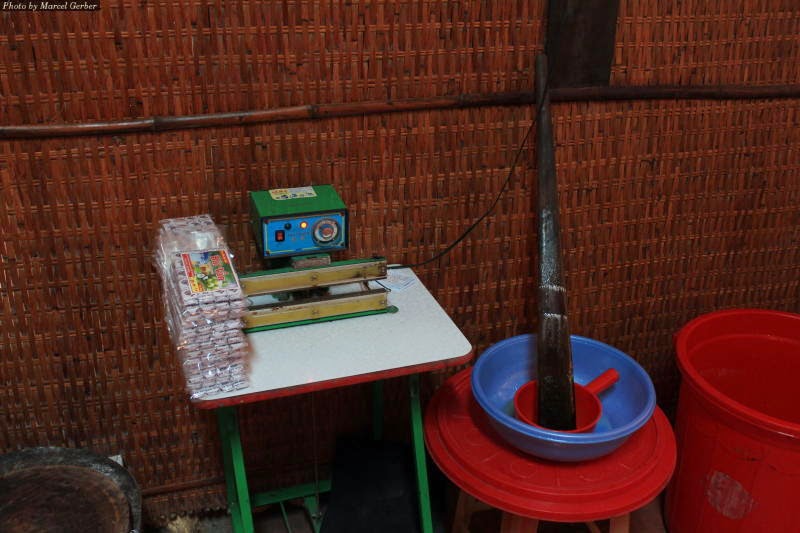 And after that wrapped up in a rice paper which can be eaten, then a candy paper. 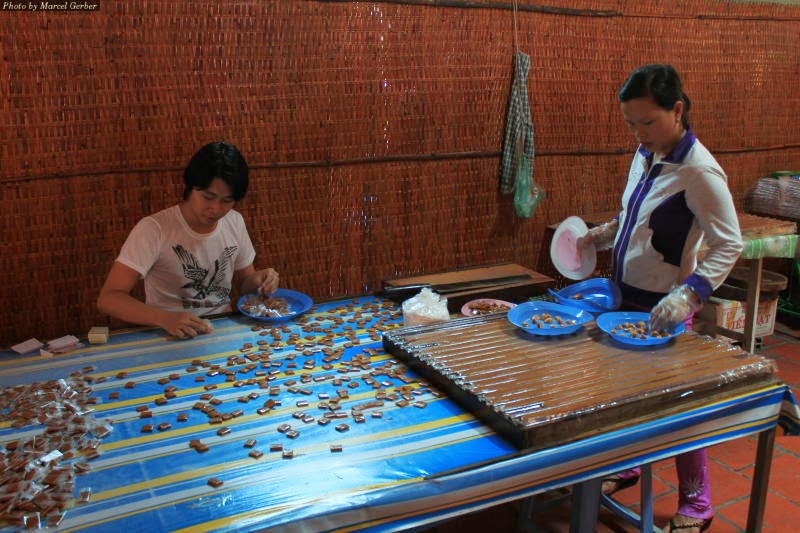 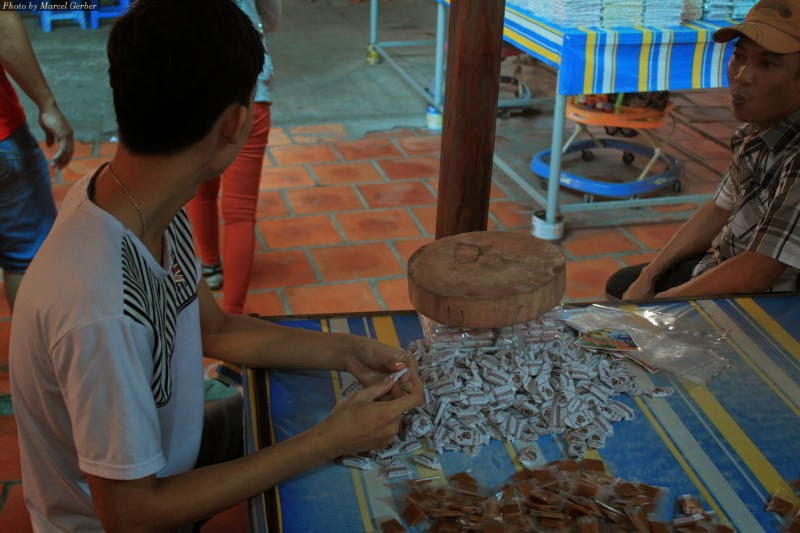 The candies come in various flavors. Guess which one I bought?

From the coconut oil they make all kinds of products like lemongrass and coconut soap, to repel mosquitoes. They also make hair oil and different other products.

Side products include rice paper, snake juice drink, and other interesting things. 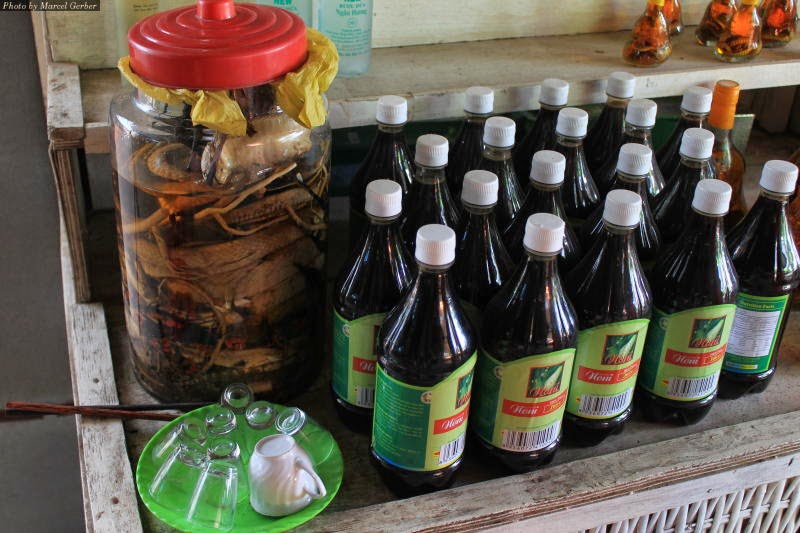 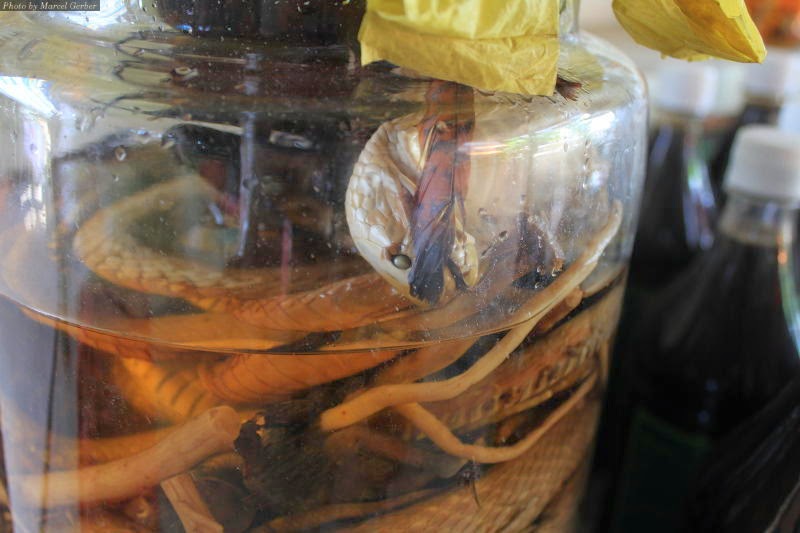 Yeah, there's also a bird in the snake juice... 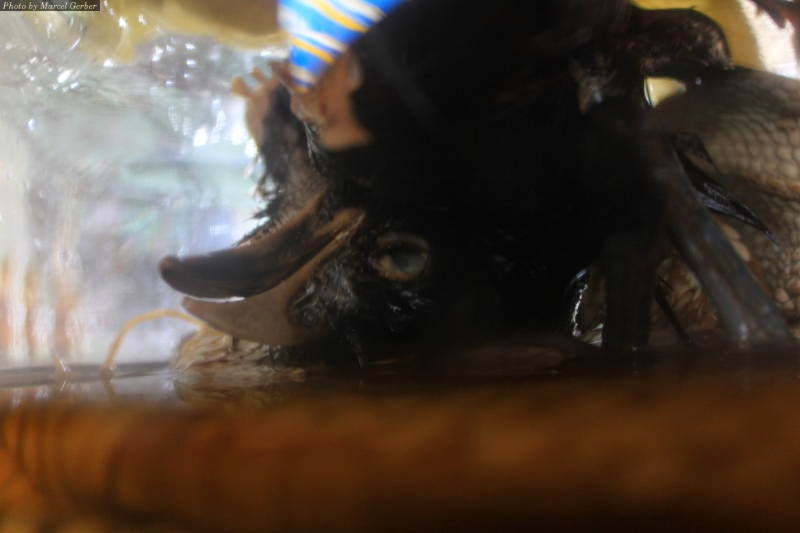